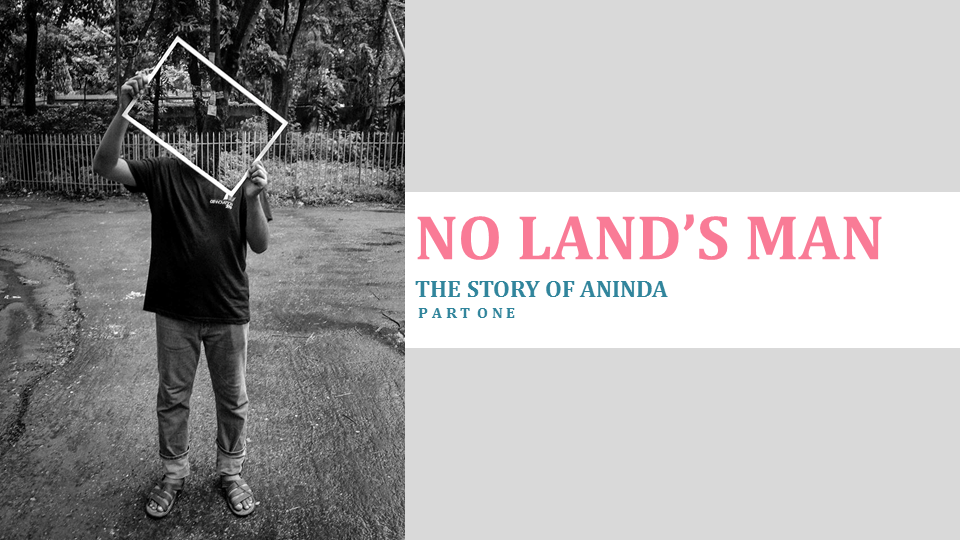 It was almost dark. I had been waiting for someone for the last one hour. Life in TSC area has always been colorful and bustling but sometimes it can’t hold you. I was feeling a bit keyed inside. Am I ready for a deep conversation? Would I like someone talking about the worst moments of his life? May be I will. I have interviewed a lot of people in my life and have worked with those stories. But I know, this time it’s different.A subtle wind was blowing. I was thinking that will I be able to handle a storm? Aninda came at last. I looked at his eyes. They were indecisive as I expected. But I was able to convince him because I was preparing. This is for the first time in my life I was talking to someone who is struggling with severe mental illness. Aninda, my first interviewee for ‘ItsOkay’, has been suffering from Border Line Personality disorder.

Aninda was suffering from this complexity may be from his childhood. He grew up with bitter memories. Memories, those he didn’t deserve. Each of us has fears in our life. For Aninda, it was his life itself.  He has come from a badly off family and in addition, his parents didn’t have a good relationship. They had already stoppedappreciating every moment of their togetherness.  His Paternal uncles behavedwith their family in such a way that their whole existence was a mistake. All his childhood was full of emotional abuse. His mother used to be possessive about him in a wrong way.Aninda felt suffocated. Problem started to intensify when shestarted to beat him for even for simplest reasons. Anindacried awfully but didn’t find anyone to seek help. He felt himself alone and abandoned. He suffered from extreme confusions about everything from his early age. He seemed almost to be born that way. He always stepped three times on the road when he started to walk. He used to look back again and again when riding on a cycle. Is there anything on his back? Now he knows that these all were symptoms of Obsessive Compulsive Disorder. But he didn’t know thathe was growing inside an illness which is much more complex than this.

Aninda met his best friend Rakib in his school. Everything was okay from the other side. But Aninda was over concerned about his friend. ‘Did you mind what I said to you, my friend? Did I do anything wrong?’Aninda didn’t like Rakib to mix with other boys. He felt like he was not capable of surviving without his friend. He was going through extreme emotional dependency. This improper possessiveness contributed in his ever growing anxiety.Aninda’s reactions and behavior got highly impulsive. He wanted to love his friend, but his love opened himself to a great suffering that he didn’t want. 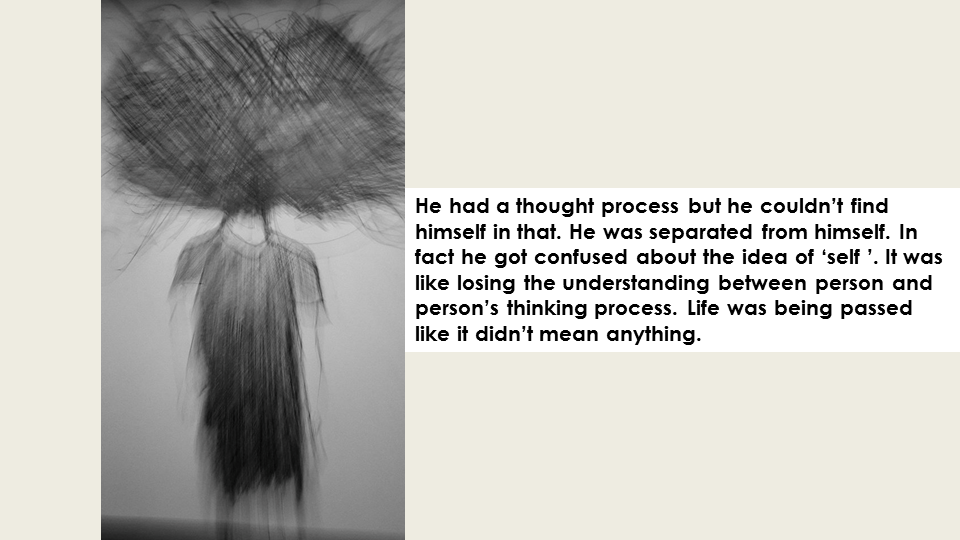 Aninda also started to fall for a girl of his age when he was in class three. He didn’t know how to explain this but he really liked her. And then he created a picture of that girl in his brain and all the time he was remembering that face. He was taking her wherever he went and whatever he was doing. He was losing his mind. He didn’t know what he was actuallythinking. When people talked to him, he could hardly pay any attention. It was not intentional. This was the time he started distracting from himself. Aninda started to think from something very simple. Then he linked it with other thing and other thing and invited fellas: anxiety, unhappiness, weakness and regret. It was complicated. More complicated than anyone can think. He started his day with thinking and passed the whole day with it. The girl of his childhood was lost one day. He could never forget anyone, but maybe he released thinking about her. Or his thinking released him. But she came back again when Aninda was in class 9. Actually he was confused. It might be mere his imagination. He again started to think about that girl.Aninda couldn’t stop allowing his thought to harm his life permanently. And his thinking was never ending. It was a vicious cycle over which he had no control. This was not Aninda’s conscious thinking. He had already lost control over himself. He had a thought process but he couldn’t find himself in that. He was separated from himself. In fact he got confused about the idea of ‘self ’. It was like losing the understanding between person and person’s thinking process. Life was being passed like it didn’t mean anything.

Aninda’s mother also didn’t change. But this time Aninda was also grown up and had a reflex. He also started to beat his mother. I was stuck in this part of the story. Could I really feelthis incident? Putting yourself in someone’s story is empathy. Do I have enough of this to hold his pain? Aninda’s whole life was a curse. He was going deep down and down in sadness. He used to lie on his bed the whole day. From morning till dark. It was an unbearable loneliness of not finding yourself. Aninda tried to concentrate on books. In childhood he was punished for his studies by his mom in most cases. Sometimes he had extreme motivation. He felt like he was so energetic and would make everything possible for a good result. He thought that he will be richer and more powerful than everyone. In that time he made all his plans, but soon he returned back to his depression phase. Later in his life he realized that these all were symptoms of Bipolar Disorder. Actually Border Line Personality Disorder is a complex combination of almost every kind of mental illness. After getting seriously astonished by this story, I also made contact with Aninda’s psychologist for details. But before that let’s focus on what happened next.

We will see it in the next part of the story.